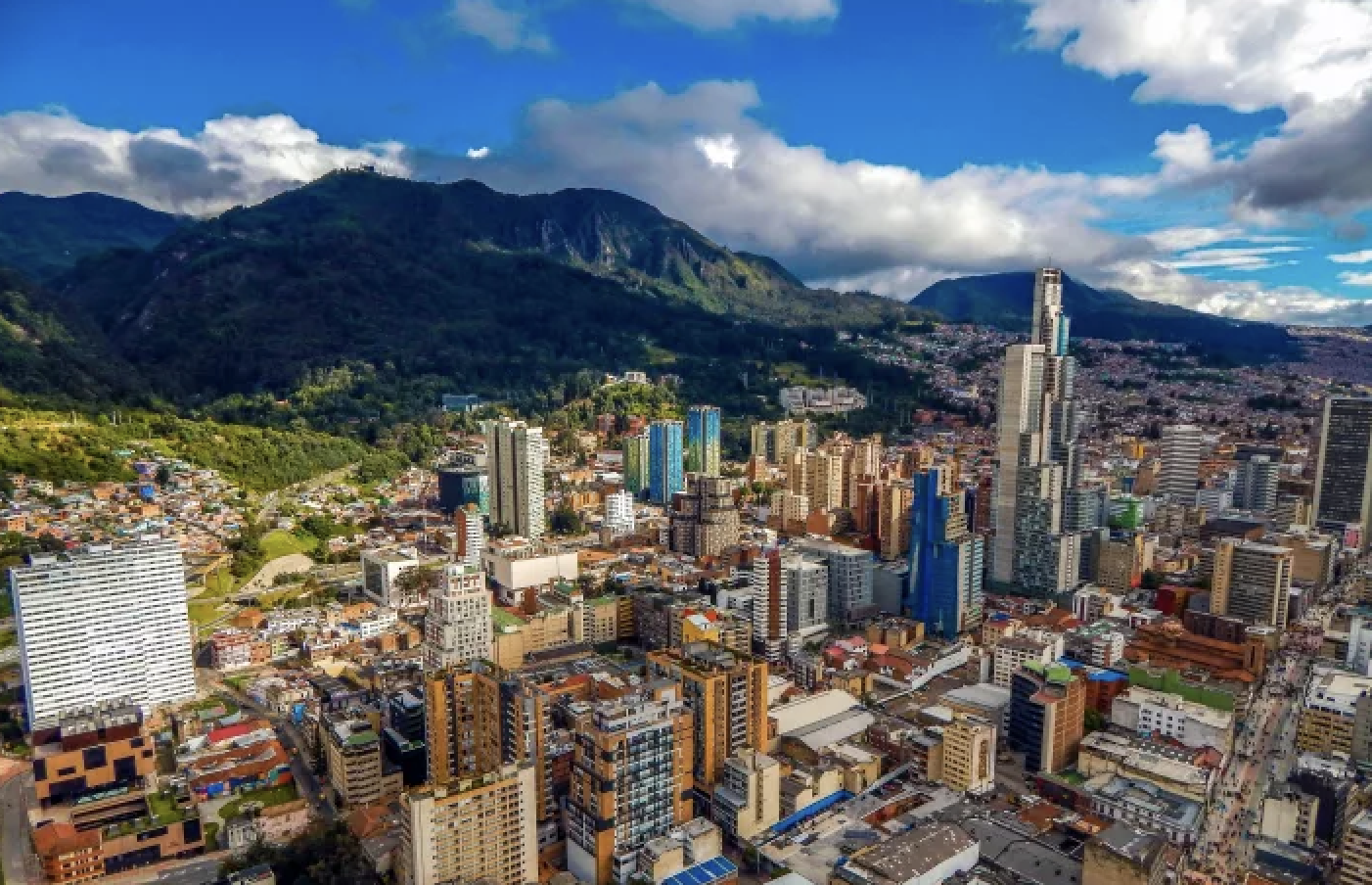 ‘No Middle Ground’: Inside Colombia’s Race to Become A Major Regional Crypto Market

In 2020, Colombia saw a major boost in crypto use, both as a store of wealth and as a means of transaction.

At the time, bitcoin was valued at around $4,500, still in the nascent stages of what would become a historic price run.

“I really didn’t know how to approach the situation. A person like me, I never had more than $2,000 in my life,” Atlas, who spoke on condition of pseudonymity, told CoinDesk.

As the price kept going up, Atlas said, his surprised father urged him to sell. Atlas held on and said he has managed to convince at least eight friends to invest in bitcoin as well. After the currency began trading above $30,000, Atlas started the process of taking out a mortgage on his family home to buy more.

“I’ve been getting texts almost daily from young people, to be honest. And those young people talk to other young people,” Atlas said. (CoinDesk was not able to independently verify these details.)

Colombia saw a major boost in crypto use as a store of wealth as well as for transactional purposes in 2020, with peer-to-peer lending platforms and exchanges recording historic growth. LocalBitcoins reported that Colombia accounted for 11.3% of its global volume in 2020, making it one of the firm’s “main markets” alongside Russia and Venezuela. Transaction volumes on Buda.com, one of Latin America’s largest crypto exchanges, grew by 350% between 2019 and 2020 in Colombia, with active users on the platform increasing by 125% to 16,092 according to data provided by the exchange.

The first months of 2020 did not go well for Atlas. When the year started, he was working a minimum wage job, making less than $300 a month. He said that after getting into a fight in a public space in his hometown, he ended up in jail for a few weeks. Around the time he was released, the COVID-19 pandemic swept through the region, leaving his family destitute.

“We had absolutely no money, no power and no gas. We were making sandwiches with an alcohol burner,” Atlas said.

The pandemic hit Latin America hard, with Colombia alone recording over 1.4 million cases and placing it fourth highest in deaths behind Brazil, Mexico and Argentina. Many local currencies in the region fell against the U.S. dollar as economies suffered.

Meanwhile, crypto had a successful year in Latin America. Argentinians drove up the demand for cryptocurrencies in 2020 as they struggled to find stronger currencies to store their wealth due to the devaluation of the peso. Mexico and Venezuela increasingly used crypto to process cross-border remittances.

While the coronavirus pandemic may have boosted bitcoin in Colombia, it seems Colombians were showing interest in crypto long before the outbreak.

According to Rivas, before the 2020 global economic crisis Colombia’s interest in crypto was growing fast while the country’s economy was also on the rise, Rivas said. After growth slumped to 1.1% in 2017, Colombia recovered quickly and recorded an accelerated growth rate of 3.3% in 2019, according to a World Bank report. Although the economy was hit badly during the pandemic, the same report said the country “responded promptly to the crisis and took decisive actions to protect lives and livelihood, and to support the economy.”

“It remained one of the most stable countries in the region despite the pandemic,” Rivas said.

Colombia also boasts the highest number of bitcoin ATMs in a Latin American country, according to Coin ATM Radar. The country has 59 bitcoin ATMs and tellers, with 33 in Bogota, the capital, alone. In contrast, Panama has only 17 bitcoin ATMs, the second-largest number in the region.

Colombia was embracing fintech more broadly before the pandemic. Local media reported that in 2019 Colombia had 180 fintech companies, up 45% from the previous year.

In September 2020, the country’s financial watchdog, SFC, announced a regulatory sandbox for crypto startups to test transactions. Firms could apply to participate in the sandbox through Dec. 31. The program was designed to “promote a joint test space between the digital ecosystem and the National Government in terms of crypto assets.”

Today, how Colombia regulates crypto remains unclear. In 2014, the SFC published guidance declaring bitcoin was not recognized as a currency and was not legal tender in Colombia. In the same statement, the SFC barred banks from dealing in virtual currencies. In 2017, the organization published another statement warning, “Operations with ‘virtual currencies’ are NOT covered by any type of private or state guarantee.”

Following the warnings published by the authorities local media reported in 2018 that a number of banks shut down accounts held by Buda.com. Alejandro Beltrán, country manager for Buda.com, told CoinDesk in January the exchange collaborated with the local blockchain and fintech associations to appeal to President Iván Duque Márquez to allow the reopening of accounts and Buda.com operations.

“But he could not help us directly and instead, sent us to the Ministry of Economy,” Beltrán said.

According to Beltrán, Buda.com then tried to take legal action against the financial authority. The goal was to clarify if banks were allowed to host accounts associated with crypto entities. Finally, they received a response from the financial authorities stating the law did not prevent banks from providing services to crypto firms.

“The response of the financial supervisor was that they did not forbid the relationship between banks and exchanges that operate with cryptocurrencies, but there are restrictions in terms of using cryptocurrencies inside the banks,” Beltrán said.

In Colombia, virtual currencies are treated as personal property and are not subject to value-added tax.

Beyond that, there is not much clarity in crypto policy, with a few specific exceptions.

For instance, in December 2020 the Superintendency of Corporations declared that companies operating in the country are allowed to convert capital to bitcoin while making sure they are complying with local crypto regulations.

Beltrán suggested that a lack of regulatory clarity may have led to the creation of the large informal market for crypto trading.

According to Rivas of Paxful, Colombians can buy bitcoin locally at relatively competitive prices, therefore creating an extremely active internal market and high demand for the crypto.

“They basically have an opportunity to buy bitcoin cheaper and sell at a market price or above elsewhere, which lets Colombians take advantage of arbitrage earnings big time,” Rivas said.

Beltrán confirmed that bitcoin can indeed be purchased at a cheaper price locally through the informal markets, perhaps because the U.S. dollar is sold in the black markets at least 6%-8% cheaper than the official rates.

Atlas also said that although large exchanges like Buda.com operate in the country, some people choose to trade outside platforms via social media.

Beltrán confirmed this, adding that Colombia has to process a considerable amount of remittances each year, much of it headed towards its neighbor Venezuela, and that competitive bitcoin prices may arise from the remittance markets as well.

As of June 30, 2019, the United Nations declared there were 1.4 million Venezuelan immigrants residing in Colombia, having fled the country due to political and economical instability.

According to Beltrán, sending money out of Colombia can be cumbersome. The difficulties mostly arise from the strict anti-money laundering measures taken to control money moving in and out of Colombia through drug cartels. In a 2020 report, the U.S. Department of State named Colombia as one of the major money-laundering jurisdictions in the world.

“Your procedures are 100% offline, your money takes two to five days to arrive at the destination. And, well, when you see the limitations that we have right here, because of the financial restrictions of the banks, you see that bitcoin is working for not only remittances but e-commerce as well,” Beltrán said.

In 2018, a user by the name of Joshua Nix posted on a public forum about the difficulties of cross border transactions in Colombia.

“I [used] to buy bitcoin from a seller in Bogotá at up to 10% less than market price … Instead of paying about 10% to Western Union for fees and a s***** exchange rate I actually made about 10%,” Nix said.

Meanwhile, Atlas views bitcoin as a long-term investment and possible ticket to a better life. He said he has maintained his initial bitcoin savings. He explained that his choice to hang on to his bitcoin was partially inspired by what he called the “American hodl culture” on Twitter. Hodl is slang for investors holding crypto assets instead of selling them.

Atlas, who has lost friends to violence, said he got off easy with his short stint in jail. But he believes his decision to invest in bitcoin and its success so far has changed him by giving him the confidence to improve his life. He has started to learn coding and has plans to purchase a laptop to pursue it further. His faith in bitcoin’s future is so great he told his family that since they are already poor, one more year would not make much of a difference if bitcoin has the potential to hit $100,000.

“So it’s like, either we hit a home run or we stay where we are. There’s no middle ground,” Atlas said.